This delicious and easy cuba libre drink is totally “libre” from alcohol!

We love taking a classic mixed drink and making it into a delicious non alcoholic mocktail. We thought the Cuba Libre would be the perfect drink to revamp. It has been around for decades and is definitely in need of a mocktail makeover.

We are up for the challenge! Let us tell you a little bit about our Virgin Cuba Libre drink.

What is Cuba Libre?

The Cuba Libre was created in Cuba during the ten year war. While Cuba fought to gain independence from Spain, soldiers would try to relax with a mix of honey or molasses, water and rum. This was the original Cuba libre.

Once Cuba was free from Spanish rule, American businesses ran to Cuba to sell their goods. One of the first products to hit Cuba was Coca Cola. Coke syrup was sent to the country in mass quantities and was immediately incorporated into mixed drinks, including the Cuba Libre.

The syrup was said to be so sweet that the lime juice was added to cut back on the sugary taste of the Coke. The Cuba Libre as we know it today was born!

If you’re wondering what “cuba libre” means in English, the answer is “Free Cuba”. The country is completely independent making it quite free. “Cuba Libre” was often said as a toast after the Spanish left Cuba.

Seems like a fitting name for a drink that was created after the country gained its independence! The cuba libre story is a fun one for sure.

Some may say that asking for a virgin Cuba libre is essentially just asking for a glass of coca cola. However, there is a little bit more to it. The traditional Cuba libre cocktail often gets mixed up with the regular rum and coke.

Both drinks are made from primarily rum and coca-cola but the Cuba Libre ingredients include a twist of lime. This is the key to our mocktail!

Here are the ingredients for our Cuba Really Libre:

Add the ice to a large glass and pour in all of the ingredients. Give the drink a quick stir and enjoy!

Of course, we had to remake the drink to fit the non alcoholic lifestyle. Our Cuba Really Libre is totally alcohol free making it really, really “libre”! Yet, it still captures the great taste of the classic drink.

A little zesty lime, sweet vanilla and classic coke- it’s a perfect mocktail with a rich history. Give our virgin cuba libre recipe a try and let us know how much you love it!

5 from 1 vote
Recipe by Mocktail.net
Servings

Did you make this recipe?

Did you make this recipe?

Do you have questions about Cuba Libre? We can help answer them! We have answered a few of the most frequently asked questions here, for you. If you are still wondering something, feel free to ask in the comments below!

Why is the drink called Cuba Libre?

What is the difference between rum and coke and a Cuba Libre?

Cuba libre is made with fresh lime juice while a rum and coke has no other ingredients other than white rum and coca cola. The lime is the difference.

Which rum is best for Cuba Libre?

Cuba libres are typically made with golden rum. Of course, our virgin cuba libre skips the rum all together!

How much alcohol is in a Cuba Libre?

The typical drink has 4.7% alcohol by volume. Our virgin drink has 0%!

Who invented the Cuba Libre?

Legend has it that a captain in the US army who was stationed in Havana poured coca cola and lime juice into his glass of rum and then made the toast “Por Cuba Libre!” (to a free Cuba). The drink was an instant hit.

The most famous cuban drink is probably the mojito. However, the Cuba Libre may be a close second!

What are Cuban drinks?

There are quite a few cocktails that can be considered Cuban. The mojito, cuba libre, cuban ginger, daiquiri, and pina colada are just a few of the most popular drinks. Mocktail.net is supported by its audience. When you purchase through links on our site, we may earn an affiliate commission. 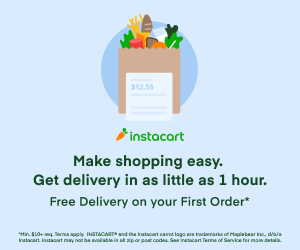